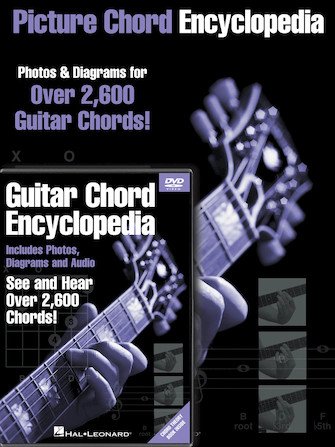 The 9x12 book features 2,640 chords in all – five easy-to-play voicings of 44 chord qualities in each of the twelve musical keys. For each chord, there is a clearly illustrated chord frame, as well as an actual photo of the chord being played. The DVD features these same chord examples and photos, but also features a great-sounding audio example of the chord being played to facilitate learning.